AUDIO: “The cancellation of 2019/2020 League Season will affect my players” – Bechem Utd CEO

The Chief Executive Officer (CEO) of Bechem United football club, Professor Nana Kwesi Darlington has revealed that the 2019/20 season cancellation will affect many of their player’s futures.

“It worries me but it’s a majority decision so there is nothing I can do. We’ve never ended the league for three consecutive years and it’s a bad image to the GFA, ” Prof.  Darlington told OTEC FM. 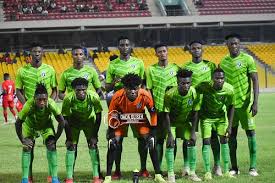 “It’s(Bechem United) our biggest blow because we think about the players first and {taking them outside} enhances their future so this decision has affected many of the players” He added.