The Ghana Education Service (GES) has interdicted the Headmistress of the KNUST Senior High School (SHS) in Kumasi over the death of a final year student.

The student was reportedly abandoned to die while he laid on the ground helplessly.

Some teachers in the school, according to some students looked on unconcerned as the student died slowly.

Reacting to this allegation on the same show, the Headmistress of the school, Felicia Asamoah Dankwaa said the teachers did not abandon the student but offered him medicine.

However, the student died later after being rushed to the hospital.

News of the death of the student led to violent clashes and destruction of school properties.

The angry students continued the demonstration demanding justice this morning.

A release signed by the Head of Public Affairs Unit of the GES, Cassandra Twum Ampofo, asked the headmistress to step aside for investigations into the death of the student to go on.

The Ashanti Regional Director of Education has been tasked to take charge of the running of the school.

Below is the full release from the GES: 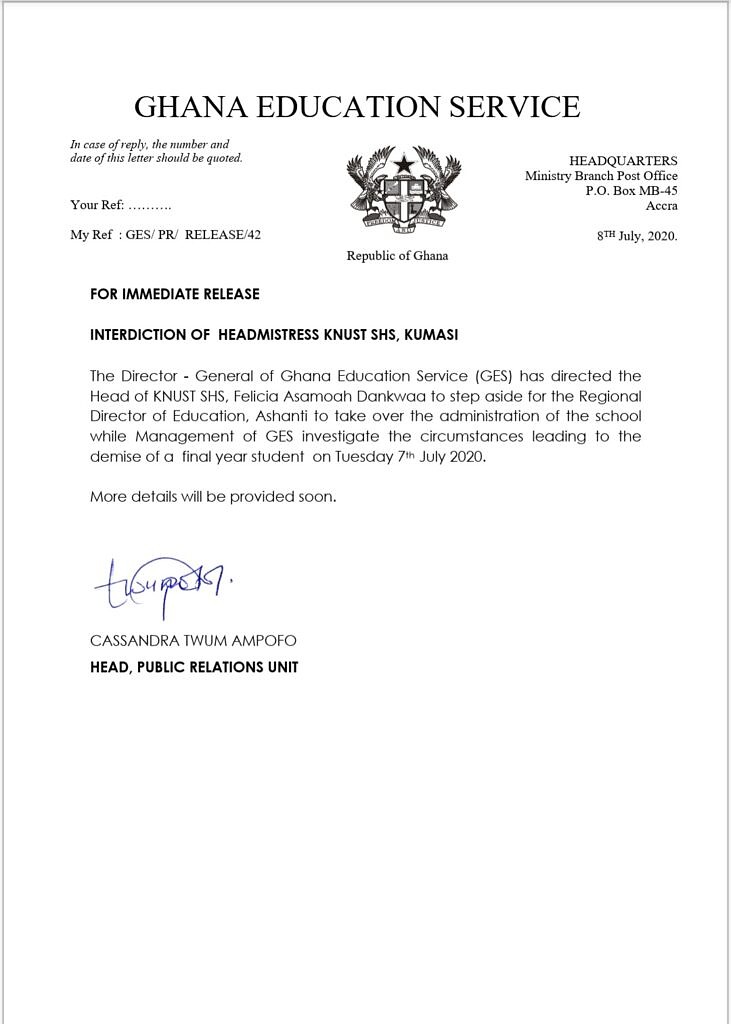