The 27 year old moved to Yanga in January 2020 but has in the past couple of months had issues with the club.

Morrison was last month arrested and released on bail after allegedly being found in possession of drugs. 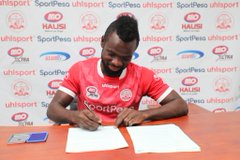 The club announced the move on their official twitter handle.

Meanwhile, Yanga FC in a statement on their official twitter handle in their native language insist Morrison is still their player. 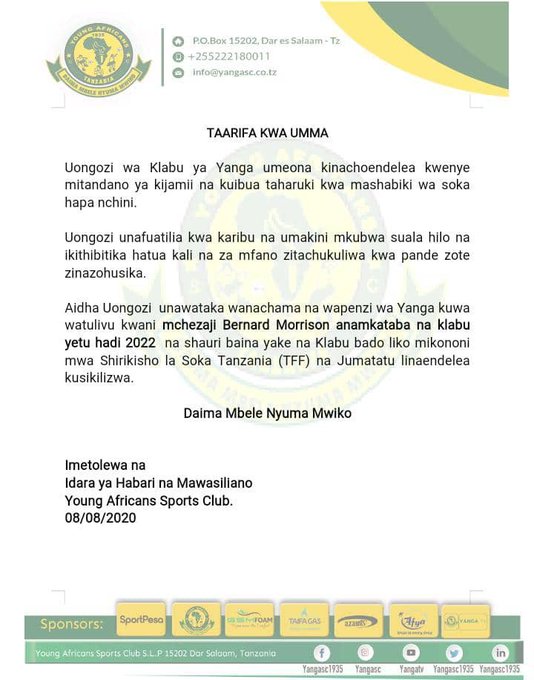 “The management of the Yanga Club has seen what is happening on social media and has sparked outrage among football fans in the country,” the statement reads.

“The leadership is closely monitoring the issue and if proven and severe and exemplary action will be taken against all parties involved.

“In addition, the leadership wants members and supporters of Yanga to remain calm as player Bernard Morrison is contracting with our club until 2022 and the case between him and the club is still in the hands of the Tanzania Football Federation (TFF) and on Monday continues to be heard.”