The Member of Parliament (MP) for Ledzorkuku Constituency in the Greater Accra Region, Dr Bernard Oko-Boye has been appointed the deputy Minister designate for Health/

The medical doctor is moving to the Health Ministry to replace Alexander Abban who has been moved to the Communications Ministry as Deputy Minister.

Deputy Communications Minister, Vincent Sowah Odotei has had his appointment revoked by the President.

This announcement was contained in a press release signed by Director of Communication at the Presidency, Eugene Arhin and copied to GhanaNewsPage.Com.

This has led many to praise the MP for a good job done.

It is thus believed that his appointment to the Health Ministry is a way of going to reinforce the government’s effort at tackling the disease.

Below is the full release from the presidency: 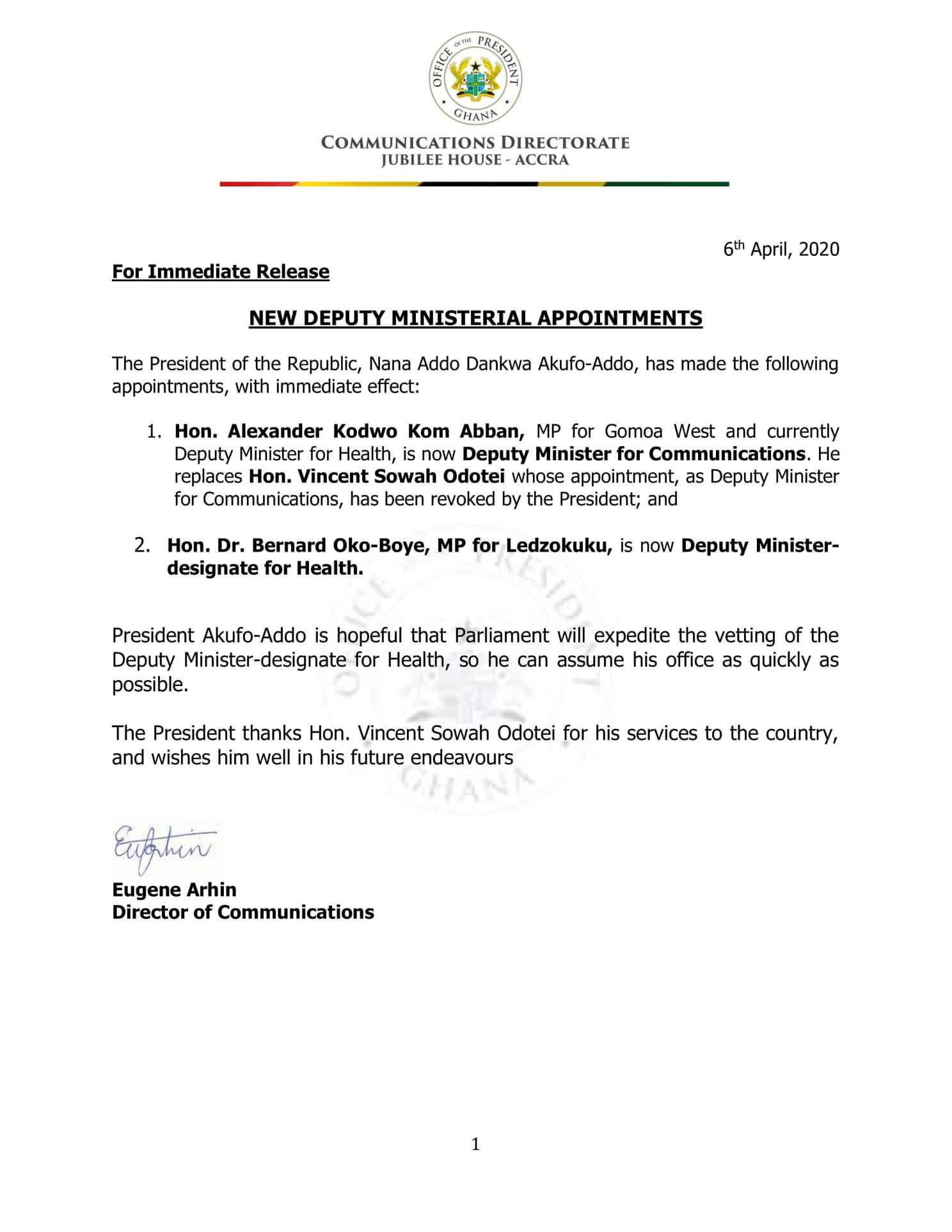