The district attorney’s office in Las Vegas announced Monday that it would not prosecute an allegation of sexual assault made against the soccer star Cristiano Ronaldo.

“Based upon a review of the information presented at this time, the allegations of sexual assault against Cristiano Ronaldo cannot be proven beyond a reasonable doubt,” the district attorney’s office in Clark County, Nev., which contains Las Vegas, said in a statement. 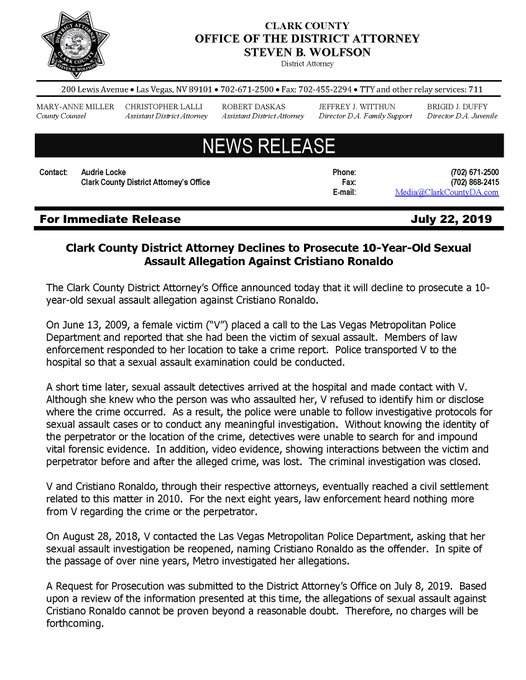 The assault was said to have occurred in a Las Vegas hotel room in June 2009, around the time Ronaldo, a Portuguese forward, was completing a transfer to Real Madrid from Manchester United. (Ronaldo currently plays for the Italian champion Juventus.)

SHOCKING: Hearts SACKED Coach Kim Grant because he BLOCKED club from using “JUJU” during his tenure

‘DEMONSTRATIONS can’t STOP us from COMPILING new voters register, only the...