The number of confirmed cases of the Coronavirus diesease (COVID-19) cases in the country has risen from 214 to 287, according to the Ghana Health Service.

The state institution stated that the cases rose because most of the people in mandatory quarantine tested positive for the disease when they were about to be discharged.

Below is the full explanation from the GHS: 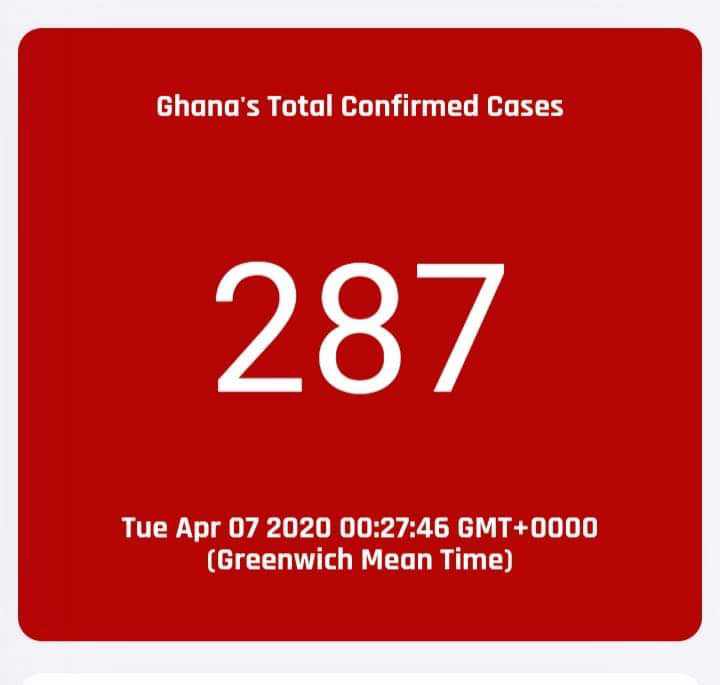 A total of 172 cases were reported from the routine and enhanced surveillance activities and those from travellers under mandatory quarantine in both Accra and Tamale are 115.

The period for mandatory quarantine for travellers who arrived 21-22 March 2020 has ended. In all, a total 1,030 travellers were quarantined during the period. Out of these, 79 (7.7%) were positive during the initial testing whilst 951 were negative. Twenty-six (26) among those that were initially negative were found to have converted to be positive at the exit screening, bringing to a total of 105 which constitutes 10.2% among the travellers that were quarantined.

Woman who RECORDED Apraku My Daughter in TROUBLE

Woman who RECORDED Apraku My Daughter in TROUBLE