The Ghana National Petroleum Corporation (GNPC), through the GNPC Foundation, has inaugurated a new 6-unit classroom facility for Kutunase Presby Basic School in the Asikuma-Odoben-Brakwa District of the Central Region.

At a ceremony to hand over the facility, the Executive Director of the Foundation, Dr. Dominic Eduah noted that the school block, like the many others funded by GNPC across the country, is an investment in Ghana’s future.

He said the Foundation places great importance on education and hence its commitment to supporting communities and schools in dire need of infrastructure.

“Education remains a key avenue to developing minds and ensuring Ghana’s development does not suffer retardation,” he said.

He added that the support does not only provide improved teaching and learning space for teachers and pupils but also helps in making quality education delivery accessible to all children. He charged the school’s authority to exercise a proper maintenance culture to ensure its longevity. 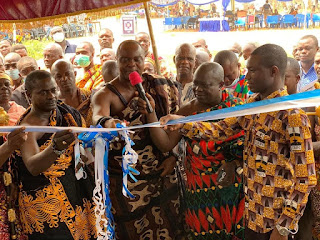 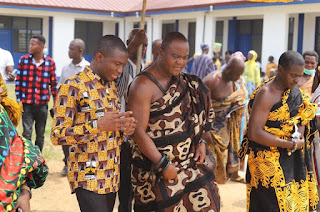 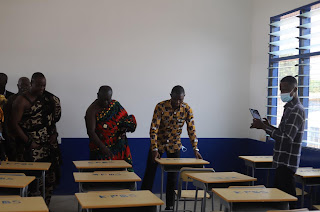 Paramount Chief of Breman Traditional Area, Odeefo Amoakwa Buadu VIII, who was the special guest of honour, praised GNPC for its partnering role as a development agent implementing projects that directly and positively affect the lives of people in deprived communities.

Mr. Solomon Mamphey Bafo, headmaster of the school, recounted the school’s deplorable state which had hampered teaching and learning.

He expressed the school’s appreciation for the support and assured that the facility would be put to its intended use and under proper care.

The District Chief Executive Officer (DCE) of Asikuma-Odoben-Brakwa, Hon. Lawrence Edutuah-Asiaw, said government is committed to making quality education accessible to all Ghanaians and commended GNPC for augmenting government’s developmental efforts in not just his district but also in every corner of the country.

Chairman of the occasion and chief of Kutunase, Nana Odom Asirifi III, said it was important that communities such as his felt the benefit of Ghana’s oil activities and pleaded with GNPC to sustain its support to helping improve the lives of people in his community.

VIDEO: This is how Ghanaian Slay Queens SLEEP with Dogs in Dubai

VIDEO: Nigerian Slay Queen sleep with a Dog for GHC 30,000