The lady at the centre of the alleged bribery video of President Akufo-Addo released by the National Democratic Congress...
Read more

Special Voting: Two arrested in Krowor for taking shots of their ballots

Two people are in the grips of the Police at Krowor for allegedly taking shots of their shots after...
Read more

Accra Hearts of Oak beat Division One side, Rock Stars FC in a friendly game at the Swedru Sports Stadium.

The phobians took a two goal lead before the Division One club pulled one back.

Christopher Bonney opened the score for Hearts of Oak through a penalty kick in the 32nd Minute before Bernard Arthur added a second in the 63rd Minute. 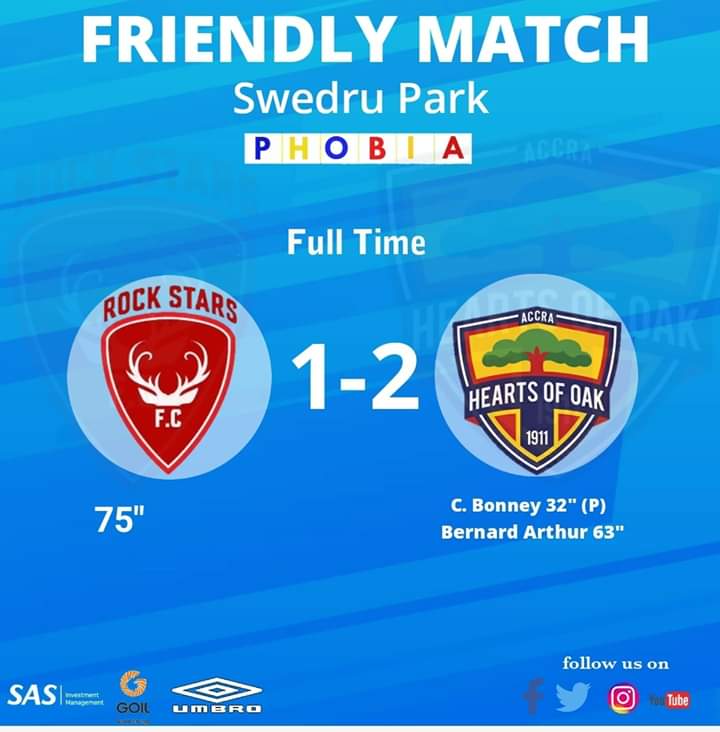 A well taken free kick from outside the box by a Rock Stars player ensured that they pulled one back.

At the end of the final whistle, the Phobians beat the side by 2 goals to 1.

The game formed part of Hearts’ preparation to meet Kotoko in the President’s Cup in Kumasi.

Kotoko beat Kano Pillars 2-0 to win 4-3 on aggregate and advance to the next round of the CAF Champions League.

Election Zone: ‘Mahama relying on FAKE videos to save his SINKING...

I regret connecting the guy who secretly recorded Akufo Addo to...

Just In: TOR workers LOCK UP Board in meeting