Asante Kotoko Sporting Club, also known as Asante Kotoko, is a professional football club from Kumasi, Ashanti Region in Ghana West Africa. Their home grounds is based at Baba Yara Stadium in Amakom, Kumasi. They compete in the Ghanaian Premier League. They have been champions of the Ghana Premier League a record 24 times, have won the CAF Champions League twice and were adjudged the African club of the century by International Football Federation of History and Statistics. They are also called the Porcupine Warriors.

The International Federation of Football History and Statistics ranked Asante Kotoko the African club of the 20th century. 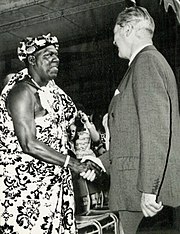 ‘God never DESTINED Mahama to be President in 2020’ – Prophet