The family of the late Victoria Agbotui, the mother of former President, Jerry John Rawlings has revealed that they...
Read more

CK Akonnor hands debut call up to six players: ‘A brief profile of the debutantes’

The Turkish Super Lig giants, during the January transfer window, signed Boateng from Italian side ACF Fiorentina for the remainder of the 2019/20 season with a purchase option. 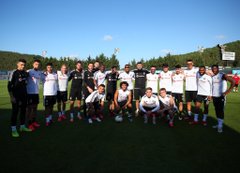 But both parties have decided not to extend the relationship.

The 33-year-old’s Turkish experience thus ends with 11 appearances, 3 goals and an assist.

On Thursday, Boateng, who is ruled out of the final league game away to Gençlerbirliği due to injury, visited the Besiktas training grounds and said goodbye to his teammates and technical team. 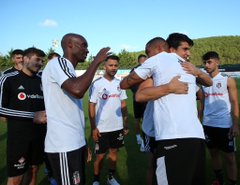 The black and whites, via their media outlets, published Boateng’s visit to the BJK Nevzat Demir facility, thanking him for his contributions to the team.

Later on, Boateng also took to his social media handles to share an emotional farewell message:

“I just want to thank the big Beşiktaş family very, very much. I will really miss you for making me feel at home from the first minute. You will always be in my heart at any time. I wish you success,” he wrote.

Kevin-Prince Boateng will be reverting to Serie A side Fiorentina as he is still contracted to the purple club until 2021. 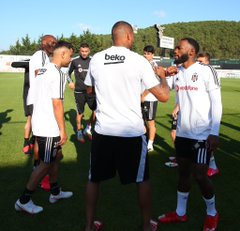 We need schools, hospitals, IT centres, not mortuaries – E/R Chief...

‘Ghana will not have PEACE’ – Western Togoland secessionists pray