The police in Lagos have commenced an investigation into a case involving one Oladele, 45, a prophet at a church in Oke-Ira, in the Ogba area of the state.

The police at the Special Fraud Unit, Ikoyi, said the prophet was being held for allegedly defrauding a businesswoman of N 70m, a duplex, two five -bedroomed bungalows, a Lexus and a Toyota Highlander, 2014 model.

PUNCH Metro learnt that the woman’ s ordeal began sometime in 2007 after she was told by a medical doctor that her womb would have to be removed to heal her of fibroids.

She was said to have rejected the doctor ’ s advice and resorted to a desperate search for an alternative solution, during which she was introduced to the prophet.

The woman, who was 43 years old at the time he met Oladele, had reportedly been battling with the ailment for 14 years, which made her bleed from her private parts.

It was gathered that the 45-year- old prophet promised to make the fibrous tissue disappear and gave her some concoctions after collecting N 98, 000 for the service. The bleeding was said to have stopped. 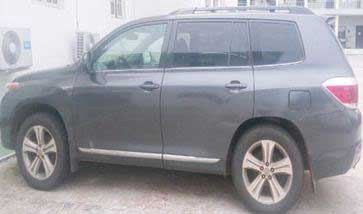 However, the victim ’ s excitement was short -lived when the bleeding recurred two weeks after and she returned to the prophet.

It was said that Oladele subsequently started coming up with different gimmicks to extort money from the woman , including a claim that her husband was after her life and those of her three children.

A senior police officer at the SFU said , “ The woman is from a prominent family in Lagos State and she is a businesswoman. She had fibroids for 14 years and was driven from pillars to posts , looking for healing . Eventually in 2007, she met a woman who introduced her to the prophet.

“ He gave the children some concoctions. He lived in the woman’ s house in Ogba with her children whenever the husband was not around.

By this time, he had taken control of the woman and her children. At a point, he told the woman to build a five – bedroomed duplex for him at Ijoko ( Ogun State ), which she did within three months. She also purchased a Toyota Highlander, 2014 model, and a Lexus GX470, 2013 model, for him.”

“ He told the woman that she must build two five bed -roomed bungalows for him in Ado Ekiti so that her son madness would not return. After she built the houses, he told the woman to stop having sex with her husband if she wanted to live long.

“ The woman made several transfers into his three bank accounts. We have been able to get records of the transfers to one of his banks which ran into over N 70m, ” the source added.

PUNCH Metro gathered that luck ran out on the prophet sometime in March when it dawned on one of the woman ’ s children, a lawyer, that the family was being defrauded after he allegedly collected another million of naira from her for spiritual cleansing.

Another investigator at the SFU said, “ The lawyer informed their father and the case was reported to the police. The prophet was arrested in Ado Ekiti, where he had gone to obtain a chieftaincy title. ”

An official of the SFU, SP Ngozi Braide, who spoke on the incident on behalf of the unit ’ s Commissioner of Police, Ibrahim Lamorde, said the suspect confessed to the fraud. 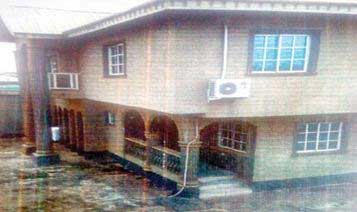 She said, “ We have been able to trace about N 70m to his bank account. In his statement, he said he healed the woman of the fibroids. ”

In the prophet ’ s statement to the police, he said the houses and the two vehicles were gifts the woman gave him. He said he did not use charms on her and her children.

The man also told investigators that he gave some money to the woman that introduced the victim to her.

Braide said the police had launched a manhunt for the accomplice, adding that the prophet had been granted administrative bail and would be charged to court after the completion of the investigation .

“ We urge members of the public to be wary of people who devise various means of defrauding them of their hard-earned money. Be careful about the kind of people you seek help from, ” Braide added.