The Black Stars of Ghana have been handed a tricky draw in the 2022 FIFA World Cup to be staged in Qatar later this year.

Ghana, however open their World Cup campaign with a clash against Cristiano Ronaldo’s Portugal. It would be a ‘revenge or repeat’ affairs following their defeat to the European heavyweight in Brazil in 2014.

The West African powerhouse returns to FIFA’s biggest men tournament for the fourth time, after missing out on the 2018 edition in Russia.

Ghana’s last game at the FIFA World Cup was a defeat against Portugal, a game Cristiano Ronaldo scored the winner in 2014.

Meanwhile, Luis Suarez left scars on the hearts of not only Ghanaians but the entire African continent, after denying the Black Stars  a semi-final qualification in 2010 after handling a ball off the goal line.

Ghana qualified for the World Cup after edging the Super Eagles of Nigeria in a two-legged playoff earlier this week.

Below is the draw in full 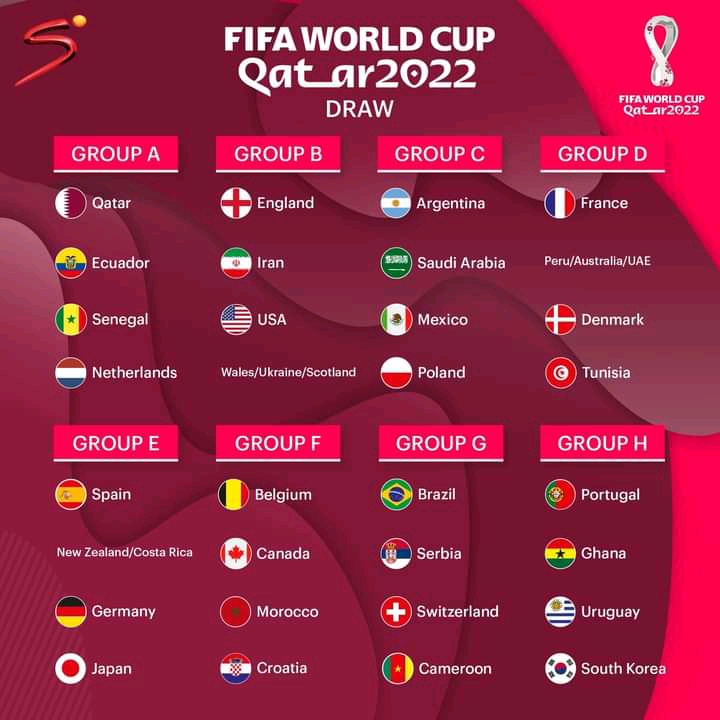